The Museum's exhibits include mementos of Fox Island resident Dixie Lee Ray, first woman governor of Washington State from 1977-1981. The Ray family spent summers on rural Fox Island near Tacoma.   This early exposure to nature was formative to Dixy Lee, who later credited the hours out of doors with her attraction to science.  At age 12 she climbed Mount Rainier, the youngest girl on record to have done so at that time. The Fox Island Museum has the largest collection of Dixie Lee Ray artifacts.

On the museum campus we have the Acheson family's cabin, built circa 1908. In 1977 it was donated to the Historical Society and moved to its present location using contributions from Lila Bell and the considerable skills of Dave McHugh. 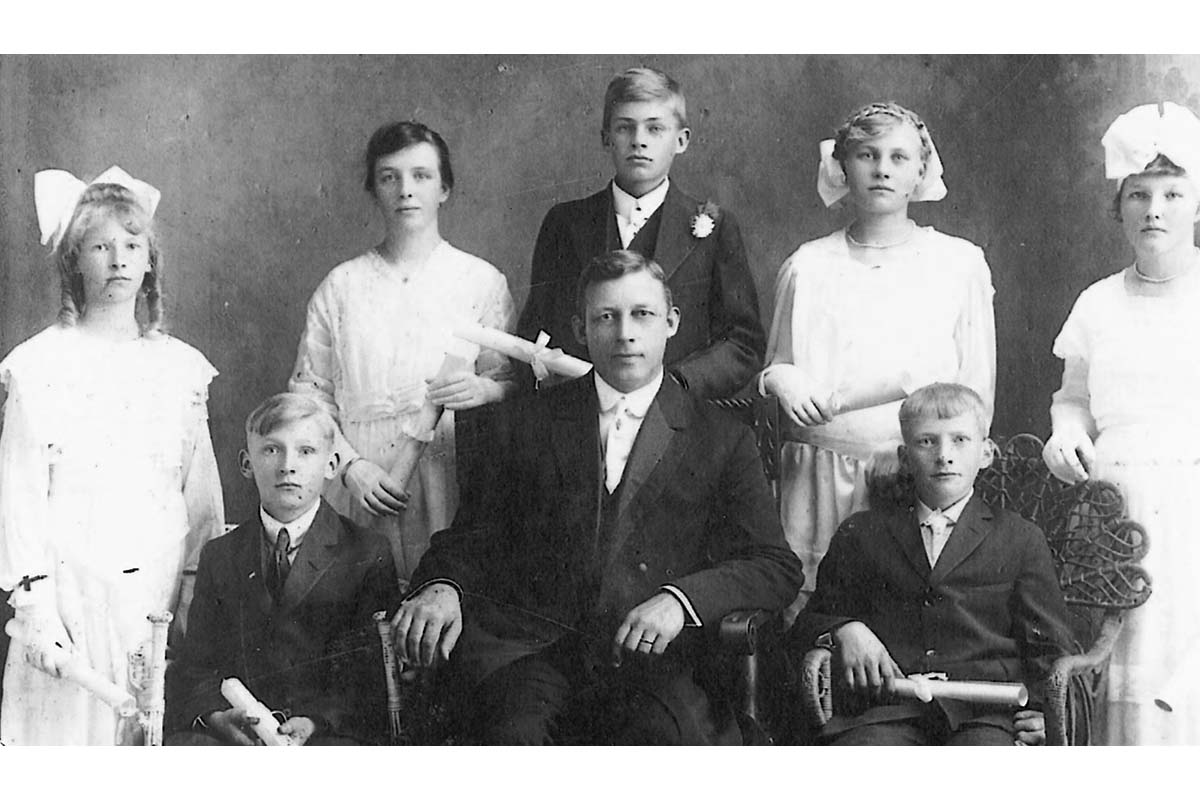 Photo of part of Acheson family includes Lila, her father and some of here siblings plus some neighbor children. The occasion of the photo was the Rev. Acheson having a class photo taken of the Lutheran Confirmatory Class that he taught in his cabin to the neighbor children. The photo was taken at a studio in Tacoma.  We are happy to present our featured exhibit honoring Lila Bell Acheson Wallace, an early resident and school teacher on the island. She and her husband DeWitt Wallace co-founded the Reader's Digest Magazine, a multi-million dollar business. At the 50th anniversary of Reader's Digest in 1972, the Wallaces were awarded the country's highest civilian honor, the Medal of Freedom.